There is a security vulnerability in SSH key-generation using GitKraken < v8.0.1. If you used this tool to create SSH keys, please update GitKraken and regenerate. If you need help with this, contact forum-support@opengroup.org

After pulling back changes from Gitlab (changes include MR, which upgrades maven-surefire-plugin), we saw issues in integration test task in ADO pipeline for Storage. We were able to isolate and pin point the issue to this change by only upgrading the plugin version in a separate branch. When upgrading this plugin to version 2.5, the INTEGRATION_TESTER and TESTER_SERVICEPRINCIPAL_SECRET doesn't get pulled properly during integration test run in the pipeline (for whatever reason, there is a null string attached after the actual value), resulting in NPE.

This causes token generation issue and all integration tests fail 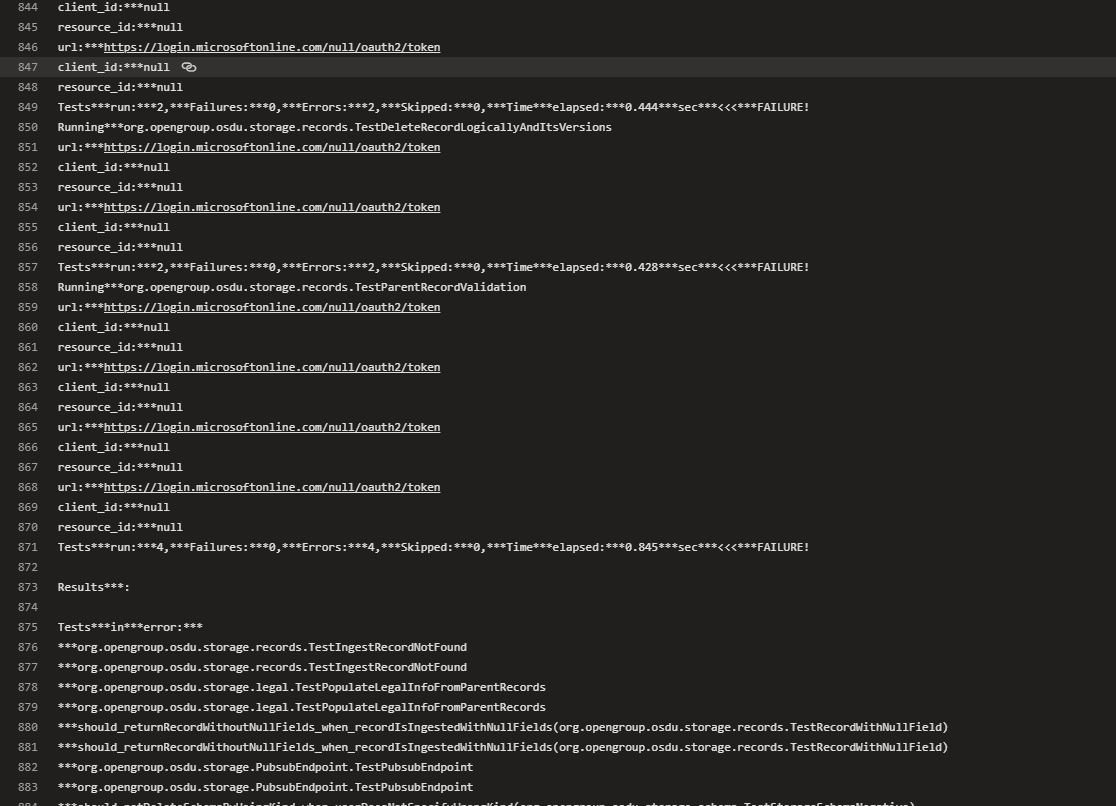