This page serves as a documentation of the different environments that are used to develop, test, qualify and release the OSDU data platform on the various supported cloud backends.

These are the proposed environments for handling development, Automated QA and manual validation of the final product in preshipping.

Cognizant of costs and maintenance overhead, we categorize the environments to a smaller set of durable environments and an on-demand transient environment that can be instantiated for the duration of a given test or engagement. 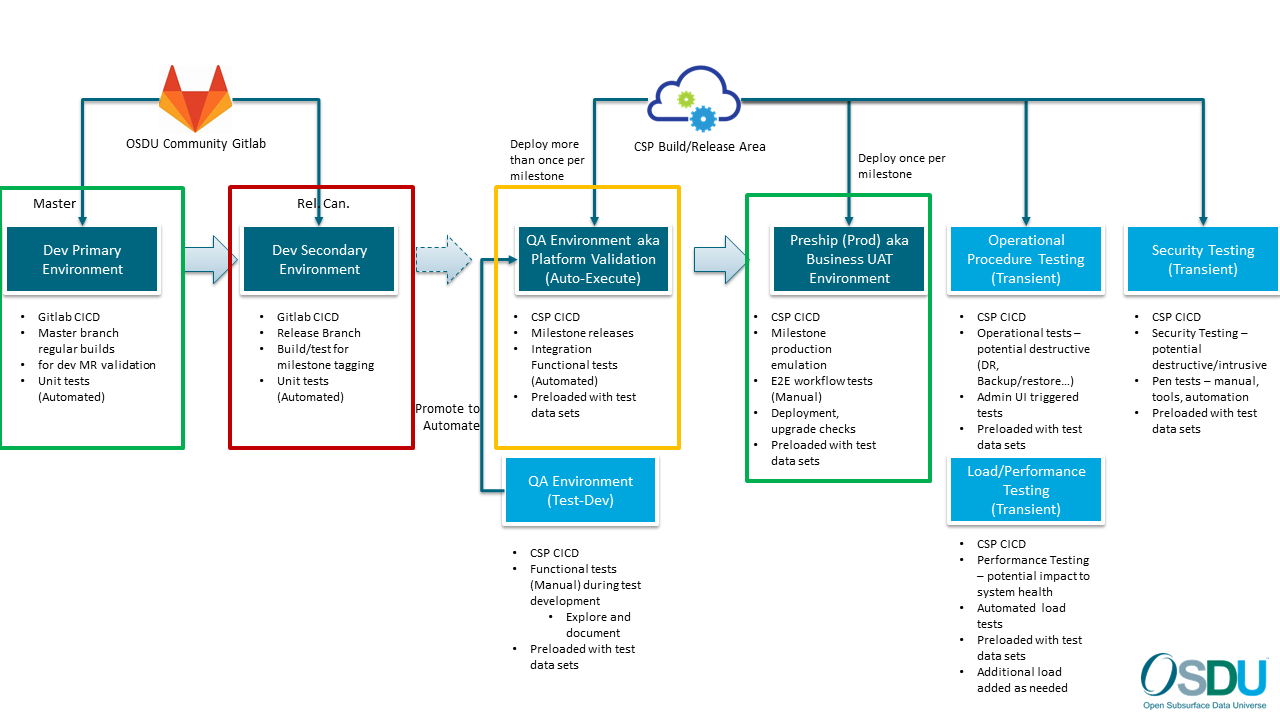 CSP leads would be updating this table below shortly:

Here is an example of how to get the end-points for the various OSDU services using the base URL provided above by the different cloud providers. Contact cloud provider leads for details on Authorize_EndPoint, Token_EndPoint for OAuth2 authentication and to obtain the tenant_id, client_id and client_secret values for authentication.

Listed below are Azure examples for the QA environment: