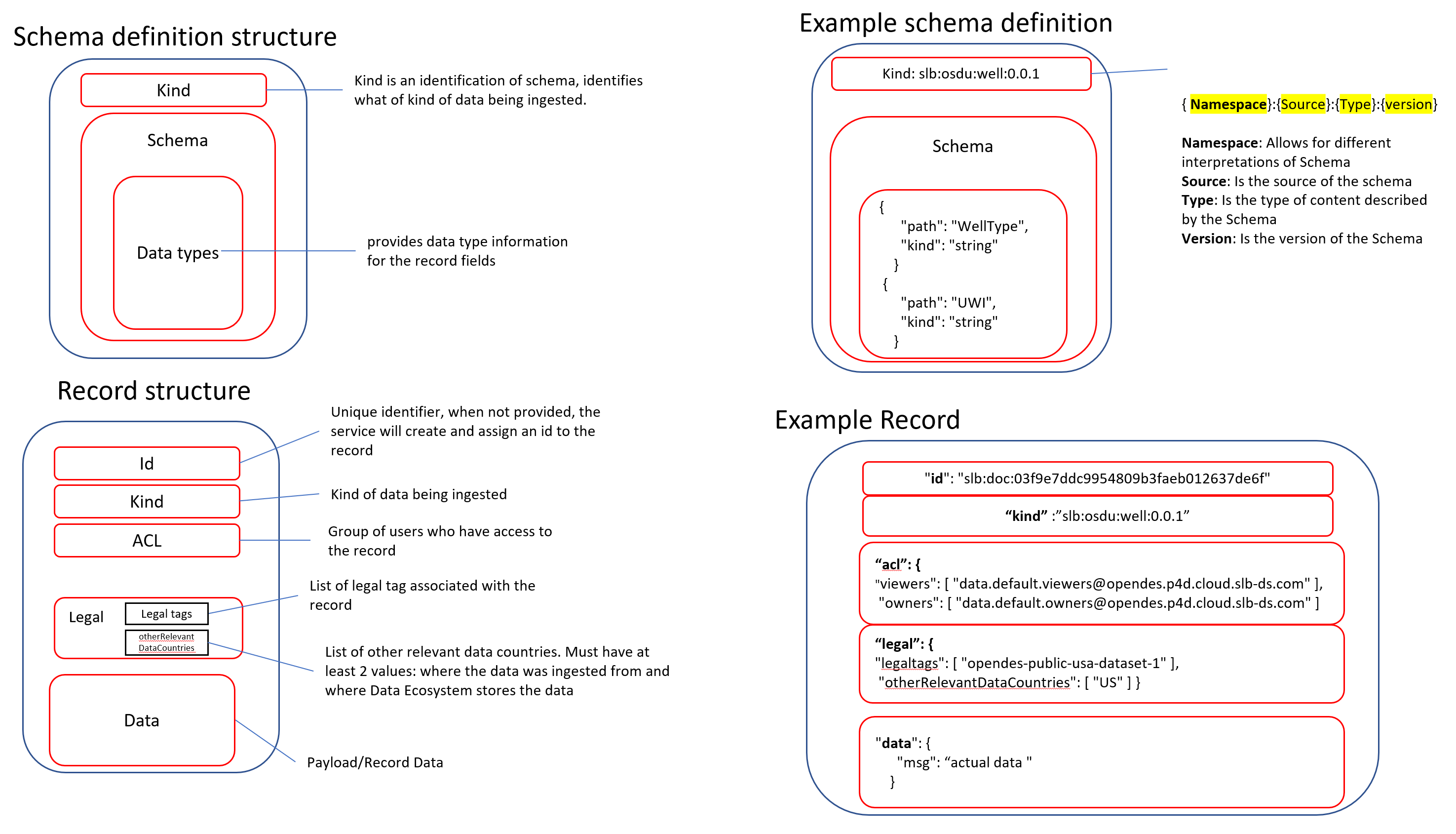 Schema is a structure, also defined in JSON, which provides data type information for the record fields. In other words, the schema defines whether a given field in the record is a string, or an integer, or a float, or a geopoint, etc.

It is important to note that only fields with schema information associated with are indexed by the Search Service. For this reason, the data ecosystem developer must create the respective schema for his/her records kind before start ingesting records into the Data Ecosystem.

Schemas and records are tied together by the kind attribute. On top of that, a given kind can have zero or exactly one schema associated with. Having that concept in mind, the DELFI developer can make use of two APIs for schema management provided by the Data Ecosystem Storage Service:

Detail documentation of how Schemas relate to entities via kinds can before found in the Storage Service documentation.

kind: (mandatory) Kind of data being ingested. Must follow the naming convention: {Namespace}:{Source}:{Type}:{version}.

Namespace: Allows for different interpretations of Schema Source: Is the source of the schema Type: Is the type of content described by the Schema Version: Is the version of the Schema

IHS Kind In this example, the IHS Kind reflects the schema of a well as we receive it from IHS

OSDU Kind In this example, we have registered a Schema provided by OSDU to represent a standard.

Well Known Schema (WKS) Kind In this example, we have defined a Schema that represents a community view of a domain type. It is a schema for discovery, exchange and default consumption. It is not a canonical schema as other community or standard schemas can be used to represent the same data.

An entity is an instance of data represented a schema (kind).

Well Known Entity (WKE) A Well Known Entity is an entity which best represents a business object (E.g. WellBore) that is created by merging the most correct information from various sources and expressed through a Well Known Schema.